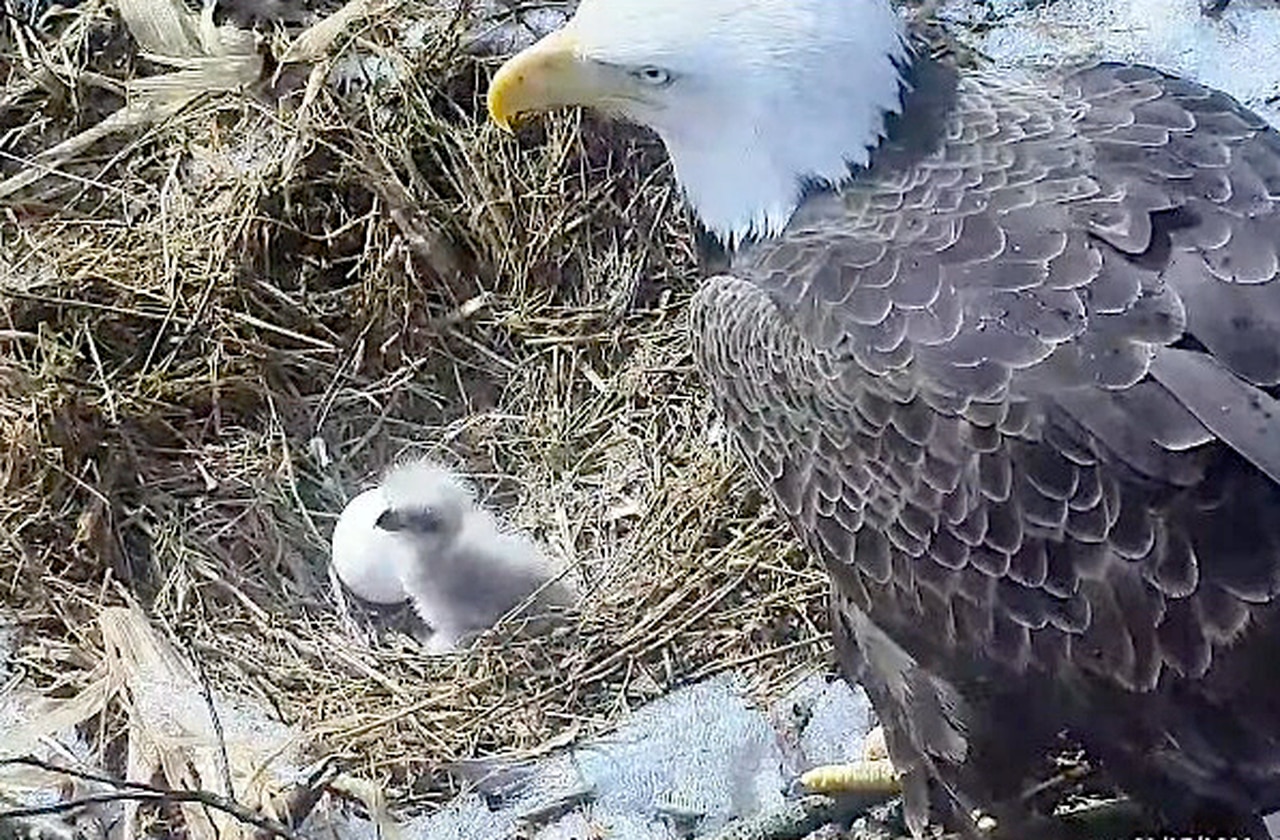 It was a tough night for the first eaglet born at Duke Farms this year, as the eagle chick faced an ice storm on its first night alive.

The chick was born at 1:30 p.m. Thursday, after a full day of trying to come out of its shell.

A few hours later, an ice storm hit New Jersey, creating a long first night for mom and baby. This was all captured on the farm’s Eagle Cam, which has been broadcasting the Hillsborough Nest live since 2008.

“Mom’s umbrella was up and doing everything she could to keep her newly hatched chick and her last egg warm and dry in the freezing rain this morning,” Eagle Project volunteer Diane Cook wrote on the site. Conserve Wildlife Foundation of NJ website. “She tried her best to keep a squirming chick a secret.”

Eventually there was a break in the ice and the mother bird was able to feed her chick.

It was an exciting moment for the mother bird, who had previously struggled to feed her very young chicks, Cook wrote.

The eagle laid two eggs this year, one on January 17 and the second on January 20. The second egg has not yet started to hatch.

Last year, two birds hatched on the farm. Since the discovery of the nest in 2005, 27 eaglets have been raised in the nest.

The nest is located in an American sycamore at Duke Farms, about 80 feet above the ground. The chick will stay in the nest for about 10 to 12 weeks before it is ready to leave.

Thank you for relying on us to deliver journalism you can trust. Please consider supporting NJ.com with a subscription.

Katie Kausch can be contacted at [email protected]. Tell us your coronavirus story or send a tip here.