Buckingham Palace live camera: Britons gather at the gates to pray for the Queen | royal | New 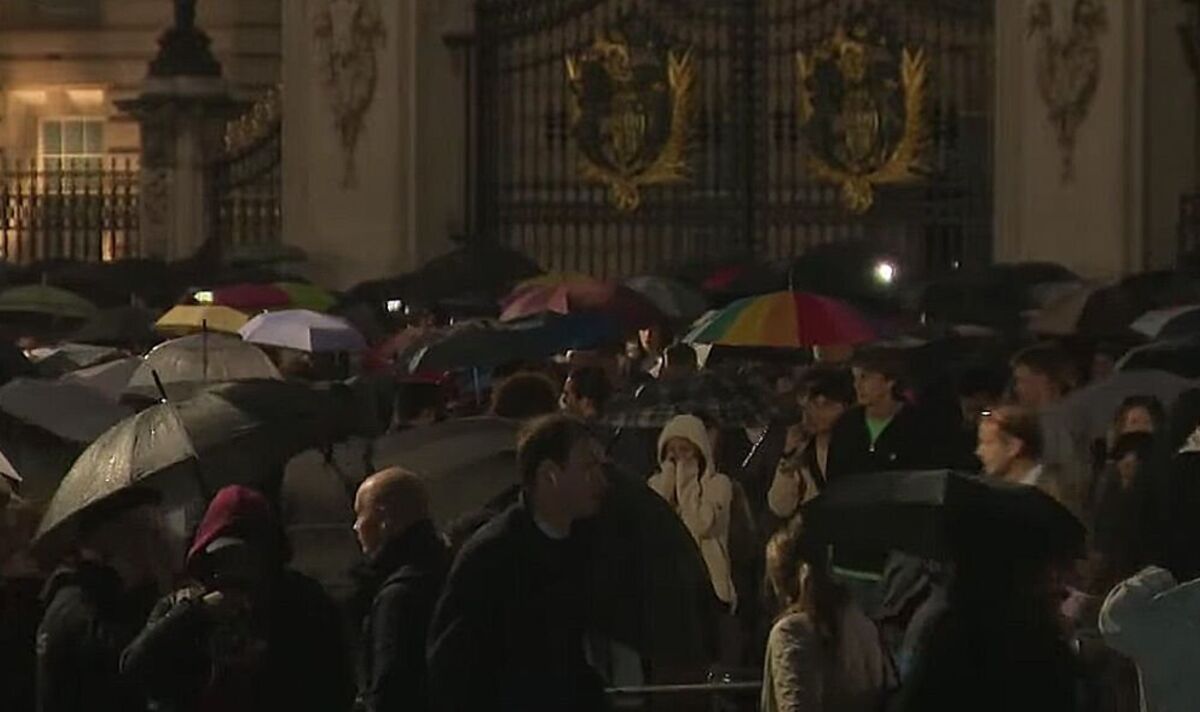 Crowds continued to gather outside Buckingham Palace after broadcaster Huw Edwards broke the news of the Queen’s death on BBC One. The Union Jack flag at Buckingham Palace was flown at half-mast with people bursting into a moving rendition of ‘God Save the Queen’. Mourners could be heard repeatedly bursting into spontaneous applause and applauding Her Majesty three times as they paid their respects to the UK’s longest serving monarch in history.

Some tourists were reportedly in tears near the gates; Sue and Andy Alderman from Somerset were visiting London when they heard about the Queen, while Pam Fleming and Kim Tierney from Australia headed for the gates while on vacation.

Ms Fleming told BBC News: “She’s the only queen we’ve had. All my life. She’s such a lovely lady. It’s such a shock.”

The Queen’s four children – Charles, the Princess Royal, the Duke of York and the Earl of Wessex – are either at her bedside or on their way, joined by the Duchess of Cornwall and the Countess of Wessex.

The Duke and Duchess of Sussex, despite their longstanding issues with the monarchy, are also traveling to Scotland after canceling plans to attend the WellChild Awards on Thursday night on the final day of their mini European tour.

Messages expressing deep concern poured in from political leaders, while the Archbishop of Canterbury said the “nation’s prayers” were with the Queen.

Ms Truss said ‘the whole country will be deeply concerned about the news from Buckingham Palace this lunchtime’, later saying when the news was confirmed: ‘We are all devastated by the news we have just heard from Balmoral.

“The death of Her Majesty The Queen is a huge shock to the nation and to the world. Queen Elizabeth II was the rock on which modern Britain was built. Our country grew and prospered under her rule.” Britain is the great country it is on today because of her.”

Former Prime Minister David Cameron said his “deepest thoughts” are with the Queen and the Royal Family at “this worrying time”.

He added: “If there is anything else, we will advise the House accordingly.”

Ms Truss was in the front bench of the House of Commons after her first major political intervention as Prime Minister when she received the news of the Queen’s health.

The initial indication that something was wrong came when the Chancellor of the Duchy of Lancaster, Nadhim Zahawi, entered the Chamber, sat down next to Ms Truss and began speaking urgently to her while She was listening to Labor leader Sir Keir Starmer’s response to her energy. statement.

Sir Keir also received a note from his deputy Angela Rayner, and the Speaker of the House of Commons, Sir Lindsay Hoyle, also handed over a piece of paper advising him of developments.