Follow the kororā: the live webcam of the little blue penguin launched on the Wellington coast 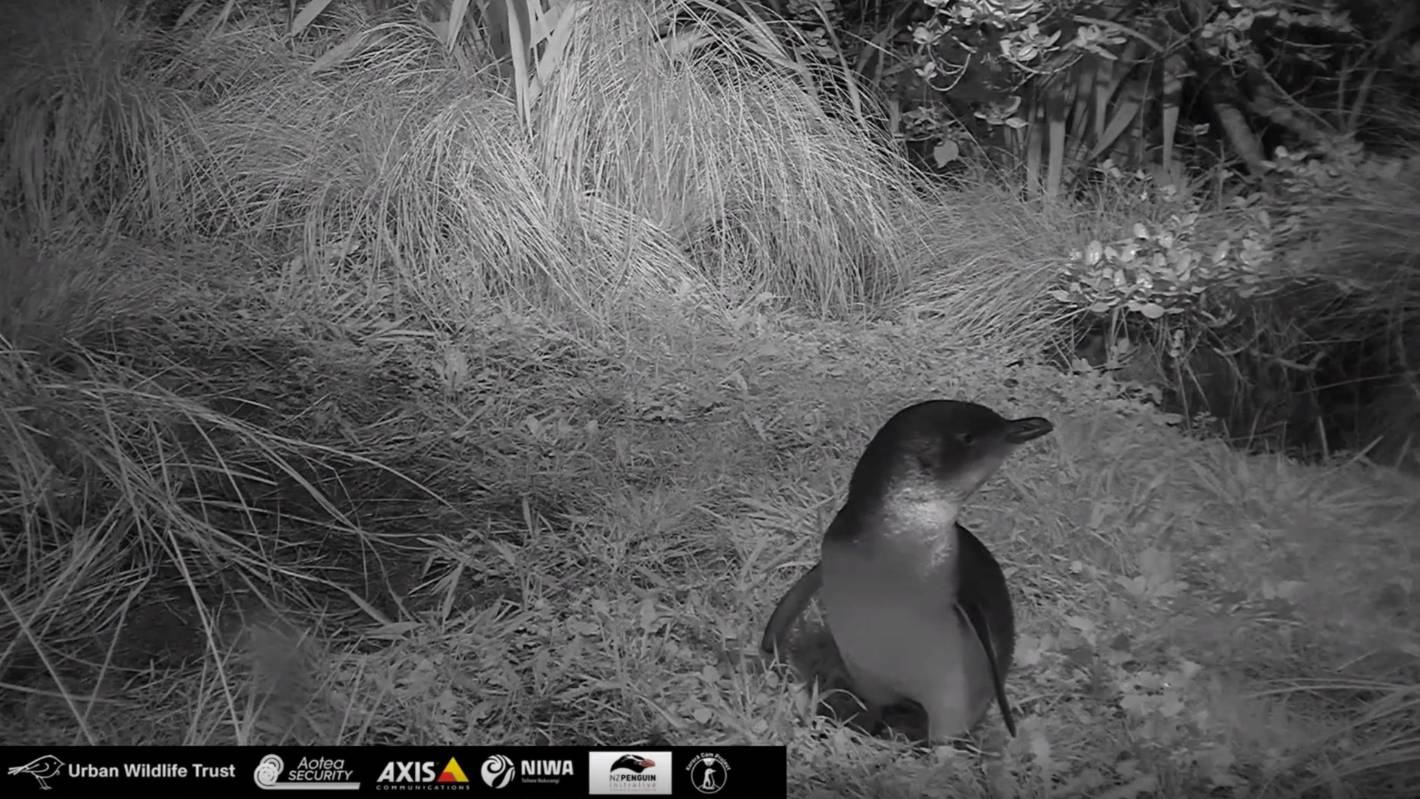 A little blue penguin stops in front of the KororÄ Cam, set up by the Urban Wildlife Trust and NIWA.

Anyone with an internet connection can get a glimpse into the secret life of the little blue penguins thanks to the new cameras installed by Urban Wildlife Trust and Niwa.

The KororÄ, or little blue penguins, are found along New Zealand’s coast and are only 14 inches tall – the smallest species of penguin in the world.

They visit the mainland between June and March each year to lay eggs, care for their young and moult before returning to sea for food in April and May.

Two high-resolution cameras and an external microphone have been installed in a small blue penguin nesting box in Evans Bay, with KororÄ Cam now streaming directly to YouTube.

Tony Stoddard of the Urban Wildlife Trust hoped that by bringing people closer to the penguins, they would learn a little more about them.

The KororÄ are monogamous in each breeding season and share the tasks of incubating and rearing chicks.

â€œThere is a breeding pair living in the nest box, and they really couldn’t be more urban.

â€œLiving on the Niwa property at Greta Point, like any rugged local, the couple don’t even watch the planes take off and land.â€

Niwa Wellington regional manager Alison MacDiarmid said it was a privilege to have penguins nesting on their property. For years, Niwa staff have volunteered with Forest and Bird’s Places for Penguins to provide them with safe habitat.

â€œKororas are very noisy, especially when nesting at night. They make a variety of sounds, including short “barks”, harsh “growls” and longer calls that sound like braying.

“Male and female penguins vocalize and perform duets while greeting each other.”