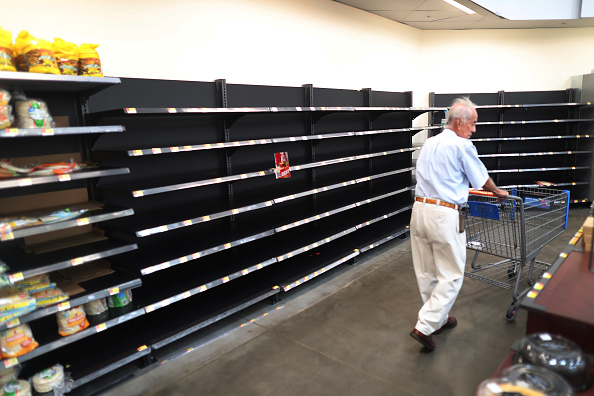 Call it the calm before the storm, but Hurricane Dorian was rated as a Category 4 storm Friday night, and it’s targeting the Bahamas, then potentially the east coast of Florida.

Although things are looking a little tamer at the moment, here are some live cams streaming around the world where you can see activity on beaches, bars and otherwise every day and night, activity along of the path where Hurricane Dorian is currently looking.

First, here is a live webcam in Freeport, Bahamas from the Port Nassau webcam. As originally posted, it showed a bar with side-lit fixtures.

This website allows viewers to observe multiple locations along Florida beaches, including many that may be in the hurricane’s path.

Dorian sat in the western Atlantic Ocean Friday evening and just east of the Bahamas, where hurricane warnings had previously been issued. Forecasters still don’t know the true path Dorian will take as he sets his sights on Florida’s east coast. The forecast cone extends from southern Florida to Miami north to Jacksonville and all areas in between.

“The biggest concern will be Dorian’s slowdown when near Florida, which puts some areas of the state at increasing risk of a prolonged and prolonged event of high winds, dangerous storm surge and heavy rain,” the NHC said, according to the Sun-Sentinel in Ft. Lauderdale.

Even with time to evacuate, if they wish, it creates a difficult decision for South Florida residents who may wish to evacuate north where the storm may turn and land. And with so many residents and tourists potentially on the road for Labor Day weekend, it has created challenges for those trying to fill their gas tanks.

Friday night, Dorin sat about 575 miles east of West Palm Beach and had a track moving slightly northwest. And while the hurricane’s direct track still remains uncertain on Friday, the National Hurricane Center said “any small deviation in track could bring the powerful hurricane’s core well inland over Florida, keep it close to the coast or offshore”.