World’s largest photobomb falcon on live-cam in the Arctic 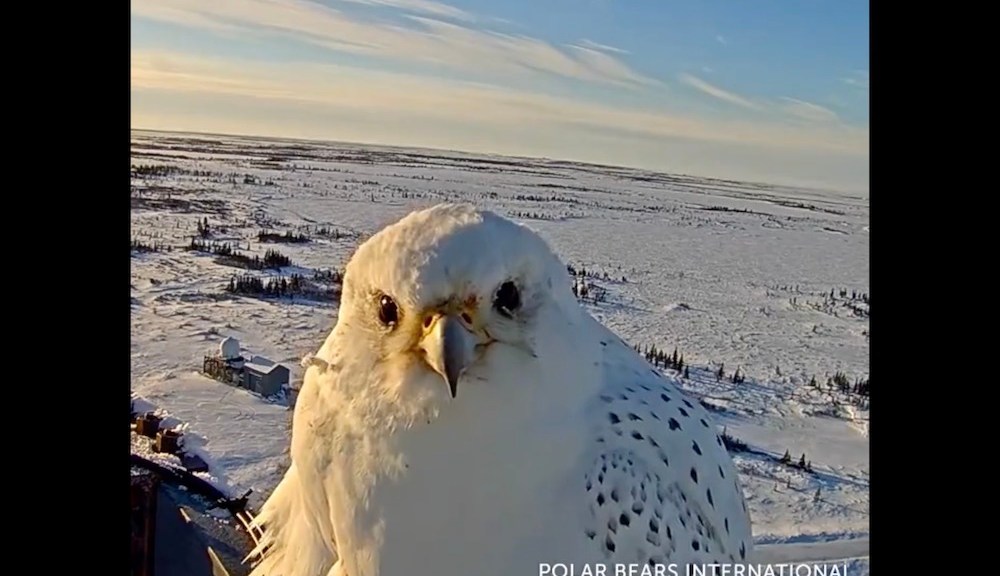 Explore.org on Wednesdays tweeted a quiz to viewers, asking them to identify the species of falcon that photobombed one of its live arctic camera feeds.

“The largest falcon in the world, a rare wintering bird: can you guess the name of this bird seen on our live cam?” Explore requested.

It didn’t take long for someone to identify the magnificent raptor as a gyrfalcon, or ghostly gyrfalcon, which is seen curiously examining the camera housing.

The largest falcon in the world, a rare wintering bird: can you guess the name of this bird seen on our live cam? pic.twitter.com/6aYdWj4nmY

Gyrfalcons are the largest falcons in the world, with a wingspan of 4 feet. The rarely seen birds of prey nest in remote areas of Canada and Alaska, where human presence is nil or minimal.

In winter, they are sometimes spotted in open areas of the northern United States

The Cornell Lab or Ornithology All About Birds website provides this overview:

“The largest falcon in the world, the ghostly gyrfalcon is a ferocious predator in the High Arctic, where it hunts ptarmigan in flight or swoops down from the sky at breathtaking speeds to strike prey on the ground.”

Female gyrfalcons are larger than males and weigh an average of 4 pounds.

Says All About Birds: “During the breeding season, a family of gyrfalcons needs about 2-3 pounds of food per day. This is about 2-3 ptarmigan per day, which is about 150-200 ptarmigan eaten between courtship and fledging.